On Tuesday 6th July, 8X made newspaper parachutes in their final Physics lesson of the year.

They had to plan the investigation, make their parachutes, fly them in the Centre for Creative Enterprise (CCE) and then analyse the results. They were trying to find out what features would help the parachute stay in the air for the longest time. Some groups used different weights of parachutist (represented by a blob of Blu Tack), while others varied the size of the parachute canopy or the length of the strings holding up the parachutist. The girls learned more about how to conduct scientific experiments and how to work in a team, as well as having lots of fun along the way.

…and the secret to a gentle fall? The clear winner was having a big canopy. 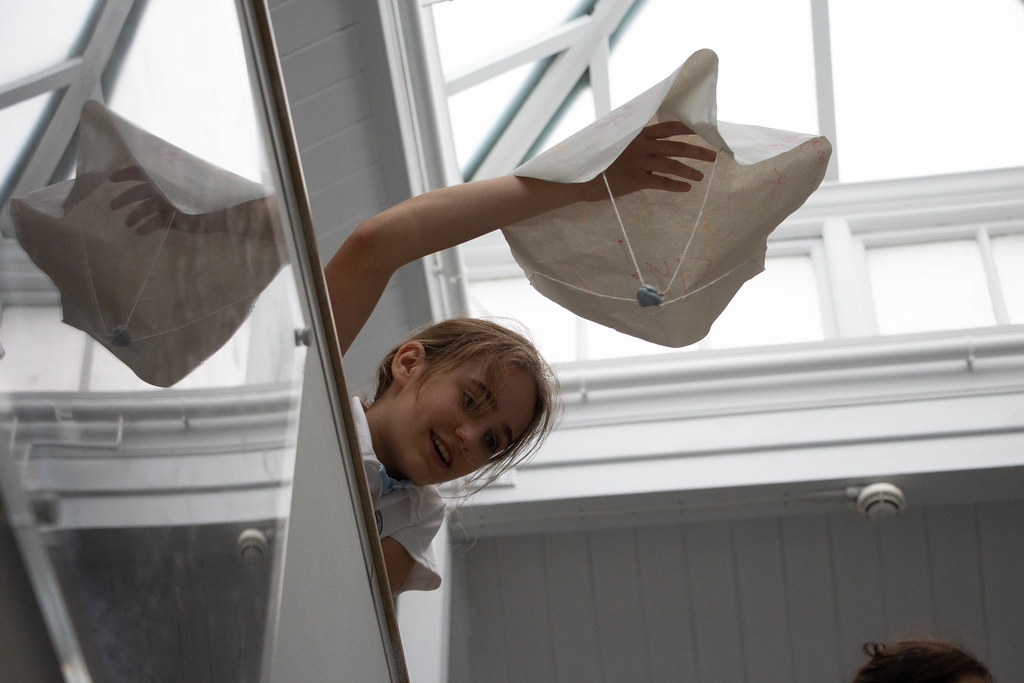